Methane Continues to Pollute Even After Drilling Stops 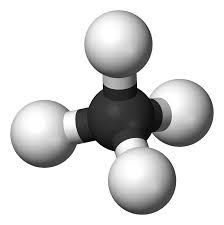 Wheeling — According to researchers at Philadelphia’s Drexel University, methane pollution from natural gas extraction continues to grow long after the drilling rigs and frack trucks are gone.

Industry leaders justify continue to emphasize that the use of their fuel (i.e. natural gas) to produce electricity results in lower carbon dioxide pollution compared to coal; they reference statistics that shows the amount of methane in the air declined as production of natural gas increased.

Methane is the main component in natural gas, which is primarily used to produce heat and electricity.

“Thanks to industry efforts over the past several decades, the U.S. is leading the world in reducing emissions – down to near 20-year lows – all while energy production has been going up significantly,” Erik Milito, upstream director for the Washington, D.C.-based American Petroleum Institute, said late last year while testifying before Congress. “In a dynamic, innovation-driven industry like energy, the U.S. should not put in place prescriptive regulations on technological improvements or shrink opportunities for investments that have the potential to deliver environmental benefits and consumer savings for years to come.”

For the Drexel methane study, researchers headed to the heavily drilled northeastern Pennsylvania portion of the Marcellus Shale region. Even as the number of active drilling rigs fell in the area, researchers said they found atmospheric methane levels on the rise. Drexel chemistry professor Peter DeCarlo, one of the study’s organizers, said this could be due to insufficient pollution reduction measures. Also, natural gas production and processing take place long after drilling is finished.

“Methane is increasing globally, but the rate of increase for this region is much more rapid than global increases,” he said. “With the increased background levels of methane, the relative climate benefit of natural gas over coal for power production is reduced.”

In areas without shale extraction, the amount of methane in the air climbed by only six parts per billion during the same time frame, DeCarlo said.

“Though the rate at which new wells are being drilled and completed has slowed down, the overall infrastructure and production has increased,” DeCarlo said. “If the leakage rate of methane is constant per cubic foot of gas, it would not be surprising that the background methane has increased as much as it has while other pollutants like carbon monoxide, which is more associated with drilling and trucking, are showing a decline.”

“The U.S. leads the world in the production and refining of oil and natural gas, as well as in the reduction of carbon emissions,” he said.